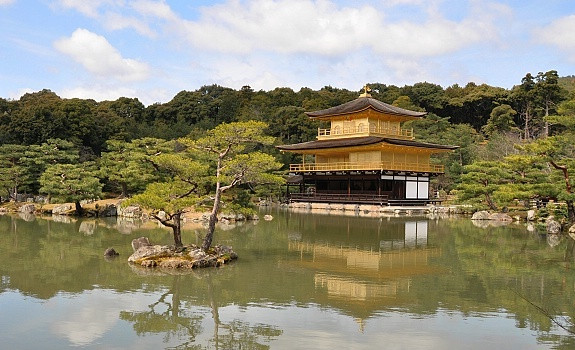 Category: Things To Do

User's Notes:
Make sure not to miss this garden. Simply beautiful

User Selected Text:
Kinkakuji (金閣寺, Golden Pavilion) is a Zen temple in northern Kyoto whose top two floors are completely covered in gold leaf. Formally known as Rokuonji, the temple was the retirement villa of the shogun Ashikaga Yoshimitsu, and according to his will it became a Zen temple of the Rinzai sect after his death in 1408. Kinkakuji was the inspiration for the similarly named Ginkakuji (Silver Pavilion), built by Yoshimitsu's grandson, Ashikaga Yoshimasa, on the other side of the city a few decades later.